What is Ignite? An Ignite talk is similar to Pecha Kucha  but harder still: 20 slides automatically forwarding after 15 seconds each – which sums up to a 5 minute talk.

The speakers’ list of Ignite Berlin had international guests on it – and there was an audience of about 70-100 people who gathered at the now officially opened Supermarkt, an event location and co-working space  in Brunnenstraße.

Compared to the Pecha Kucha Berlin the audience was smaller, the speakers’ list shorter and the atmosphere among members of the audience very relaxed, communicative and open. I met ‘new’ people apart from the usual suspects as it was easy to chat up others. The ‘layout’ of the stage was more speaker-friendly than at Pecha Kucha Berlin, as they were able to stand close to the laptop and could use it as a ‘teleprompter’ (or rather picture prompter). Unfortunately, the projection of the beamer was not very high so the audience could only see the upper two thirds of the slides as tall guys were sitting among us.

The three organizers of Ignite Berlin, Claudia, Yasmina and Peter not only did a very good job managing the event but were real ‘hosts’ and created an atmosphere which made us feel at home – speakers and audience alike. Moreover, the event was well-paced: 20 minutes of talks, an interval of 30 minutes and a final 20 minutes of talks. With such a warm spring evening everyone wanted to have a drink outside after some input, anyway.

My personal highlights were Louisa’s and Caroline’s talks (klick on their names to see the YouTube videos).

Louisa Heinrich talked on the inadvertent time machine that is her/our brain. Her point was that we often fail at placing important conversations or events correctly in time – possibly as a result of a too fast paced way of life. As a great fan of Stuart England and culture I was delighted by her reference to Samuel Pepys – whom over a beer afterwards we elected the prototype of the blogger.

Louisa cleverly used the Ignite format by showing the same photo 20 times over – rotating it about 15° each time. The effect was very Escheresque but never distracted me from what she said. It gave her the liberty to talk freely which she was extremely good at. In addition to the spiral clock she used a beautiful metaphor at the end to state her point once more. If our life is a song then it cannot be based on a fast beat only but also has to have its slow parts, a melody, a bass line and it needs its cadences.

Second Highlight was Caroline Drucker. She’s not only my namesake but we also share a favourite topic: ‘public talks’, how to present to audiences.

In her Ignite talk she said you should be able to summarize every talk with three points. Hers were: practice, structure and simplicity. (And: practice, practice, practice.) Obviously, she took to heart all three herself. Public speaking seems to come easy to some people but from experience I know that only those excel who do what Caroline Drucker says: e.g. “be there ridiculously early” may seem a commonplace advice to some – but is a very wise counsel for any perfectionist professional. She smoothly mixed the educational with the entertaining, particularly when comparing the feeling you have after a talk with “being returned to earth after aliens abducted you for the time you spoke”. I like her attitude towards presenting (with only a hint of self-irony in it) and the way she also perfectly does what she ‘preaches’. She surely practiced, she had a clear structure and she simplified structure and slides to suit the Ignite format. Moreover, I liked her deep voice.

Of course I go to events like these to watch and learn and, hopefully, to give future clients helpful advice. So here’s  you go (for now):

#1 - Present like Louisa Heinrich – not being a slave of format nor slides but speaking freely and being memorable by adding a memorable metaphor. The best picture might not be that on the slide but the one you evoke through verbal imagery.

#2 - Or present like Caroline Drucker – giving even a short talk like Ignite a clear structure while combining the educational with the entertaining.

#3  - Use pictures in Ignite, Pecha Kucha and preferably in all presentations. Those who tried text on their slides either ended up reading it from the slide or rendered the text illegible by the wrong choice of font and/or standing in front of the slide.

#4 - Use photos, yes – choose pictures that are easy to see (high resolution, balanced contrast, not too dark), easy to understand (not too ‘arty’) and which easily connect to what you say.

#5 - As Caroline Drucker said: be there ridiculously early as a speaker. So when you see the laptop is to your right – stand on the right close to it and prompting from what you see there, facing the audience all the time.

#6 - Be ridiculously early, too, to familiarize with the lighting. Make good use it. If there’s a spotlight stand in it – but do not stand in the light projected by the beamer as the audience cannot see your slides then. 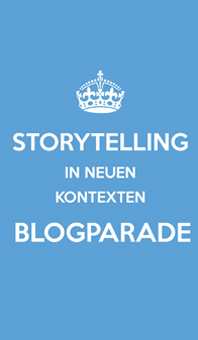